Understanding the Game: Bridging Research Gaps at the Nexus of Gaming and Extremism

In 2021, we developed a report at Love Frankie (LF) for our community of practice at the Extremism and Gaming Research Network (EGRN) to understand the state of research into linkages between video games, gaming communities, and extremism. In the State of Play: Reviewing the Literature on Gaming & Extremism, we provide an overview of existing available literature on research and publications on the use of gaming platforms, video games, and related online fora.

This article was originally published as a GNET Insight on 9 March 2022.

Preventing and countering violent extremism practitioners are increasingly concerned about pathways to radicalisation, including those leading to violent extremism, present in online gaming environments. No longer a niche group, gamers globally number over 2.81 billion, with the highest concentration in Asia-Pacific (over 1.5 billion). Gamers are also increasingly diverse – at least 59% male and 41% female. At the same time, COVID-19 has led to a surge in online gaming and has become a lifeline during isolation: a way to find community, bolster mental health, and find joy. With the popularity of online gaming comes increased attention from extremist groups of all persuasions. Today, these groups may be exploiting the massive pandemic-related spike in online gaming to push propaganda and conspiracy theories via gaming platforms. Far from only being a solitary place to play, popular games offer chatrooms and entire voice chat servers, while sub-communities of gamers find corners of commonality across many platforms beyond games themselves. Numerous studies have failed to find a causal connection between violence in video games and violence offline. But connectivity on gaming platforms brings other risks for offline harm, including the documented use of platforms by extremist and terrorist actors.

In 2021, we developed a report at Love Frankie (LF) for our community of practice at the Extremism and Gaming Research Network (EGRN) to understand the state of research into linkages between video games, gaming communities, and extremism. That annotated bibliography and analysis, State of Play: Reviewing the Literature on Gaming & Extremism, provides an overview of existing available literature on research and publications on the use of gaming platforms, video games, and related online fora (chatrooms, gaming-based social networks, and the like) on violent extremist organisations and radical hate groups to inform areas of possible studies. In addition, we review and summarise the limited literature on factors that draw individuals into online gaming spaces and gaming-related environments, and the radicalisation pathways they may encounter. This report focuses on sources written in English and does not account for publications that may exist in other languages, though our work indicates these are limited beyond select quality publications in German. Given the limited academic literature on the niche subject of extremism, radicalisation, and gaming, we chose to examine articles from both the academic sector and grey literature. We prioritised peer-reviewed journal articles and research publications but ultimately cast a wider net. We analysed 76 papers published from the early 2000s to August 2021.

We noticed that existing empirical research into gaming, radicalisation, and extremism is limited. Games studied are often outdated, while lab-controlled experiments have limited relevance to the online realities of modern gamers. English-language literature focuses on Western research subjects without considering cultural differences among gamer communities worldwide. Gender and other equity concerns when examining socialisation and possible radicalisation processes in gaming subcultures are underexplored.

Across what research does exist, our review indicates at least three factors that contribute to the exploitation of gaming and gaming-adjacent spaces by harmful and extremist actors:

Beyond the above trends, our review indicated seven significant research gaps obscuring a clearer picture of gaming and gaming adjacent areas at risk of offline and online exploitation by extremist actors:

While new initiatives are underway, research into gaming and radicalisation is still sparse. Substantially more empirical research, policy development, and cross-sectoral engagement is needed. Alongside our colleagues at the Extremism and Gaming Research Network, we intend to evidence how malign actors use gaming for harm and how it can also be used for good. We are building collaborative solutions across academia, government, gaming platforms, and private sector entities to create an evidence base for fostering more resilient and inclusive online communities of gamers globally. 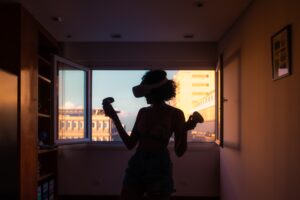 Can Serious Games Make a Difference in P/CVE? 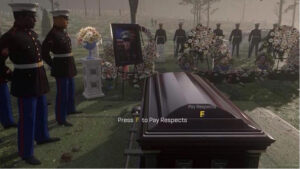 The Gamification of Violent Extremism: An Empirical Exploration of the Christchurch Attack

Using empirical data taken from the Christchurch attack in New Zealand in March 2019, w provide a summary of how the attack was gamified in nature and how the data is laden with overt and more subtle overlaps with video games more generally.